A cashless society is being touted as more convenient where payment mishaps and pitfalls will be limited. However, the reality surrounding this ideology is not based in fact. If alternatives to cash were demonstrably better in all respects, by now most countries would be following in Sweden’s footsteps toward a cashless system. As already noted, all alternatives have shortcomings: 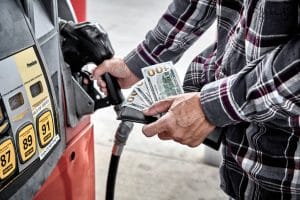 One of the main arguments for a cashless system is convenience. Take that away, and the question becomes why have it. Therefore, eWallets haven’t gained as much traction as expected. They force users to update apps frequently and are useless when smartphones lose their charges. Only 16% percent of users have used a mobile wallet, according to a recent study.

Not everyone has access to cash alternatives and cash does not discriminate. Credit and debit cards aren’t available to the unbanked and under-banked – the folks who can’t get bank accounts for one reason or another. In the U.S., 27% of people would have trouble making purchases without cash. Lawmakers in New Jersey recently passed a bill to make it illegal to refuse to accept cash. They are joined by their eastern neighbors, Massachusetts. The District of Columbia, New York, San Francisco and Philadelphia are also amid passing bills to ban cashless stores.

Once your cash is gone, you can’t spend anymore. As such, it’s easier to budget with cash than with credit cards or other forms of payment. Financial guru author and speaker David Ramsey advises to keep budgeted cash amounts in envelopes as a means to monitor spending, forcing discipline and accountability. Keeping track of spending with plastic can be especially challenging because of high credit limits. As such, consumers are more likely to get into debt with credit cards. 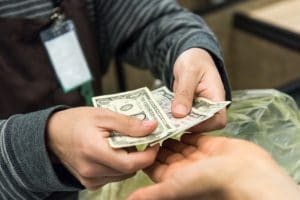 Even when electronic payment systems such as Zelle and PayPal offer convenience, they leave a trail, which is inconvenient for buyers who prefer to remain anonymous. Cash is the only truly anonymous form of payment. Everything else, including credit and debit cards and mobile wallets, leave a trail. Cryptocurrencies such as bitcoin offer a level of anonymity, but they have limited availability.

All cash alternatives are dependent on access to a device or plastic card, requiring the electrical grid to operate. While it’s possible to process card payments manually, that is increasingly rare. Besides power failures, other types of outages such as banking network disruptions can render electronic banking unusable. A Visa outage in 2018 caused disruptions across Europe.

There is a cost for merchants associated with all electronic forms of payment. Credit cards incur fees for merchants, one of the reasons 55% of small businesses don’t take plastic. Charges from credit card fees range from 2-4% and can be passed on from a business to consumer to cut down on operational costs. The National Retail Federation reports that businesses collectively spend $80 to 90 million on credit card transactions a year. Payment processing and digital wallet systems also require hardware and software investments, which not all merchants can afford. There’s also a learning curve that translates to time and money for training.

Security is always a major concern with digital systems. Hacking and cybercrime are a common occurrence, and sometimes compromise the payment card information of users. Cash dependency can also be linked to American’s distrust in both digital/online technology and the government. Digital theft and online privacy related to new payment methods erode trust and bode well for cash use. Another less likely but still real concern is a potential attack on the power grid or banking system by a foreign rival or terrorist group. At the individual level, device theft or loss also creates security issues.

To learn more, download the Resilience of Cash In a Digital World white paper. 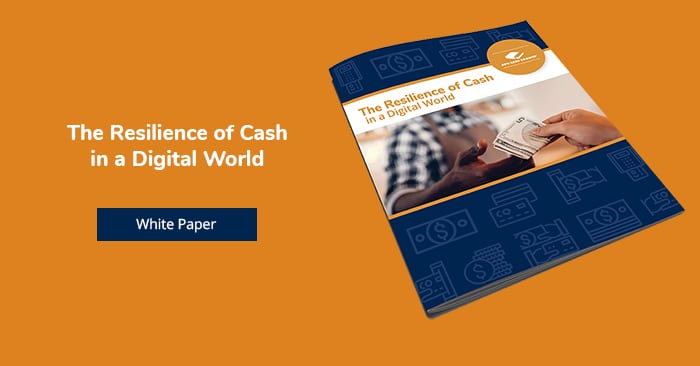