Cash Use Remains Strong Through The Pandemic

The Covid-19 pandemic has accelerated “cashless society” efforts around the globe. Understandably, consumers grew concerned over the possibility of contracting the virus by handling cash. Meanwhile, retailers had to scramble to continue operating even when they had to temporarily close brick-and-mortar stores. Many turned to curbside pickup, BOPIS (buy online, pickup in store), and touchless payments.

Regardless, scientists have not established a link between touching money and spreading the virus. And while the cashless movement has gained steam, the value of cash in circulation has continued to increase. At the same time that people were worrying about possible transmission through cash, many rushed to ATMs for withdrawals, according to the Financial Times. In times of emergency, consumers find security in having cash in hand.

Even before the pandemic, cashless payments were becoming more common while the value of cash in circulation kept increasing. The pandemic doesn’t appear to have changed either of these trends. Legal tender remains one of the preferred methods of payment, especially when users want anonymity, make a small purchase or leave a tip. The elderly prefer cash, and it is the only method of payment available to people who are unbanked or underbanked.

Despite the proliferation of cashless systems, cash isn’t going away. So retailers still need to accept cash if they are going to serve all customers. Certain jurisdictions, including Massachusetts, Philadelphia and San Francisco, have laws prohibiting merchants from refusing cash payments. Similar laws are under consideration in other states and cities. So for the foreseeable future, retailers should plan to continue accepting cash.

As lockdowns went into effect in the spring of 2020 to contain the pandemic, scientists were trying to ascertain how the virus spreads. One of the big questions was how long the Coronavirus could last on different types of surfaces, including banknotes and coins. But the possibility of infection through cash handling appears to be minimal, and the Centers for Disease Control (CDC) has determined the virus spreads through “exposure to respiratory droplets.”

In an April 2020 bulletin, the Bank for International Settlements, reported that “scientific evidence suggests that the probability of transmission via banknotes is low when compared with other frequently-touched objects, such as credit card terminals or PIN pads.” In November, the Bank of England, said “the risk of transmission via banknotes is low.”

The bank there is minimal risk that an infected person can transmit the virus by touching banknotes. “Cash is typically stored securely in wallets, tills or safes, meaning its risk of direct contamination is much lower than exposed surfaces in retail or domestic environments onto which exhaled droplets from an infected person can fall.” As of yet, there are no known cases of virus transmission through cash.

Central banks in several countries, including England, South Africa and Germany, have issued advisories about low risk of transmission through cash. As an extra precaution, central banks in the U.S., China, South Korea and other countries took steps to sterilize or quarantine banknotes before recirculating them. All of this is good news for consumers who prefer cash and especially reassuring for the unbanked and underbanked, who need to use cash.

As cashless payments have increased, one would expect cash in circulation to decline. The opposite is true. In various countries, including the United States and the Euro zone, the value of cash in circulation has increased substantially, both before and during the pandemic.

Currently in the U.S., more than $2 trillion is in circulation, according to the Federal Reserve. Cash value in circulation rose by $276 billion in 2020, a 15% boost, according to a report, “The Future of Cash? A Novel Approach to Re-imagining the Future” by Guillaume Lepecq, of CashEssentials, and Petteri Lillberg, of Demos Helsinki. In the Euro region, the value of banknotes increased by €142 billion in 2020. According to the Bank of England: “In both the U.S. and the Euro area, total currency in circulation in September was more than 10% higher than a year earlier.”

Despite growing interest in contactless payments, many people did what they typically do in emergencies – withdraw cash and keep it in case they need it. In the U.K., ATM withdrawals soared each time the country came out of a lockdown. Lockdowns also forced people to spend less, according to the Bank of England. Meanwhile, banks, post offices and ATM operators may be holding more cash than usual.

Six Reasons for Cash Use

Economic downturns typically trigger an increase in cash withdrawals, placing more currency in circulation. Such is the case with the downturn caused by the pandemic. People tend to hoard cash in difficult times in case they need it. And when faced with an emergency such as a hurricane, flood or wildfire, many consumers rush to make withdrawals before the power goes out, blocking ATM use.

Emergencies are one of six compelling reasons for having cash. The others are:

Convenience – A prevailing argument for cashless payments is convenience, but it doesn’t always hold up. Cash is more convenient for small purchases, tipping restaurant and delivery workers, and gifts for graduation, birthdays and other milestones.

Transaction costs – Credit card transaction fees drive up prices, which is why gas stations often have different prices for cash and credit. Card fees cost merchants 2% to 4%, and they pass on the costs to consumers. In addition, electronic payments require hardware and software investments that also drive up merchant costs.

Negotiating power – Negotiating with cash provides the advantage of getting a quicker, better deal. In most situations, whether buying a car or hiring a contractor, cash in hand translates to bargaining power.

Budgeting – Cash presents the most effective way to stay on budget and avoid debt. It’s much easier for consumers to keep track of how much they spend by looking in their wallets as opposed logging on to an account to check balances.

The Future of Cash

It’s difficult to predict what the pandemic’s lasting effects on the use of cash will be. Research by the Bank of England suggests a consumer inclination for more online shopping and less cash use. Still, the bank reports, “30% of consumers do not think that Covid will affect their cash payments.”

Meanwhile, retailers expect cash use will rebound, though probably below pre-Covid levels. Consumers will grow less worried about contracting the virus, especially as large portions of the population get vaccinated. Many who switched to touchless payments during the pandemic are likely to regain confidence in handling cash. This is most likely among those who prefer cash.

The question of whether to use cash or cashless methods isn’t about technology. Lepecq and Lillberg argue the cash/cashless debate involves a strong socio-economic consideration “with fundamental implications for inclusion, equality, resilience, efficiency and privacy.” A cash infrastructure needs to remain in place to support and protect these principles.

Going cashless would seriously disadvantage those low-income and immigrant consumers who have limited or no access to banking and credit. For them, either they pay with cash for purchases or they cannot make a purchase. To protect the unbanked and underbanked, several cities and state legislatures have taken up bills to outlaw the refusal to accept cash.

Massachusetts, Rhode Island and New Jersey have laws banning the refusal to accept cash, and more recently several cities have enacted similar measures. A bill currently in the Senate would prevent sellers from refusing to accept “legal tender of cash as payment for goods or services.” The European Commission, meanwhile, has issued the following guidance: “The creditor of a payment obligation cannot refuse euro banknotes and coins unless the parties have agreed on other means of payment.”

Even if retailers preferred to go all cashless, they could not do so – at least not in jurisdictions where it isn’t allowed. Current proposed legislation in Washington could make going fully cashless illegal. And that means retailers have to accept multiple forms of payment, even it that creates some challenges. For one thing, there are fees and costs associated with non-cash payments. Another issue is anticipating which standards will have longevity; already some mobile wallets have come and gone. Retailers have to make smart investment decisions when buying software and hardware.

Contactless payments are an important option during a pandemic, but retailers still need a cash strategy. Even when consumers prefer a cashless method, their cash is usually the second preference. Cash use is bound to remain strong, especially in convenience stores, small retail shops, bars, street fairs, and any other environment where it’s far more convenient to use banknotes and coins than cashless payments.

As retailers implement omnichannel strategies to ease the buying journey for customers, they must continue investing in POS and cash management systems for operational efficiency and to server customers. Regardless of how many cashless methods become available, many customers will continue to depend on cash.

While the cashless movement isn’t new, the pandemic breathed new life into it. Paradoxically, the pandemic underscored why cash remains important: In times of emergency, people feel more secure by withdrawing cash and keeping it in a safe place in case they need it. Beyond that, cash provides benefits such as anonymity and convenience while protecting the unbanked and underbanked. With this in mind, retailers cannot abandon cash. If anything, they need to have well-defined, robust cash strategies to serve all customers. Cash isn’t going away.

Download Cash Use Remains Strong Through The Pandemic PDF 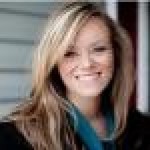 The coming New Year will be rife with change, including a new name for one long-standing point of sale company. Effective January 2022, APG Cash Drawer will officially drop “Cash Drawer” from its name and introduce a new tagline to...
Continue Reading